S. Korea to Tighten Attendance Caps in Schools from Tuesday 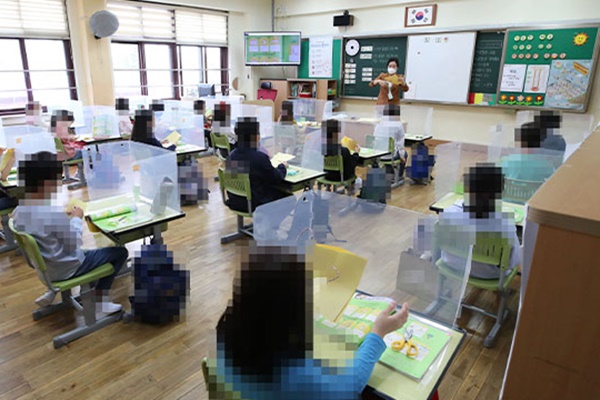 South Korea will tighten attendance caps for schools from Tuesday as the government is set to raise social distancing rules amid a surge in COVID-19 infections.

The government on Sunday announced it will raise social distancing rules by one notch to Level Two-point-Five in the capital region and to Level Two in other parts of the nation.

Under the move effective Tuesday, the attendance cap will be adjusted from two-thirds to one-third for all schools in Seoul, Gyeonggi Province and Incheon.

For other parts of the nation, the attendance cap will also be set at one-third for kindergartens, elementary and middle schools in principle, and two-thirds for high schools.

Ahead of the Education Ministry’s announcement of the changes, the Seoul Metropolitan Office of Education decided to order all of the city’s middle and high schools to switch to online classes from Monday through December 18.